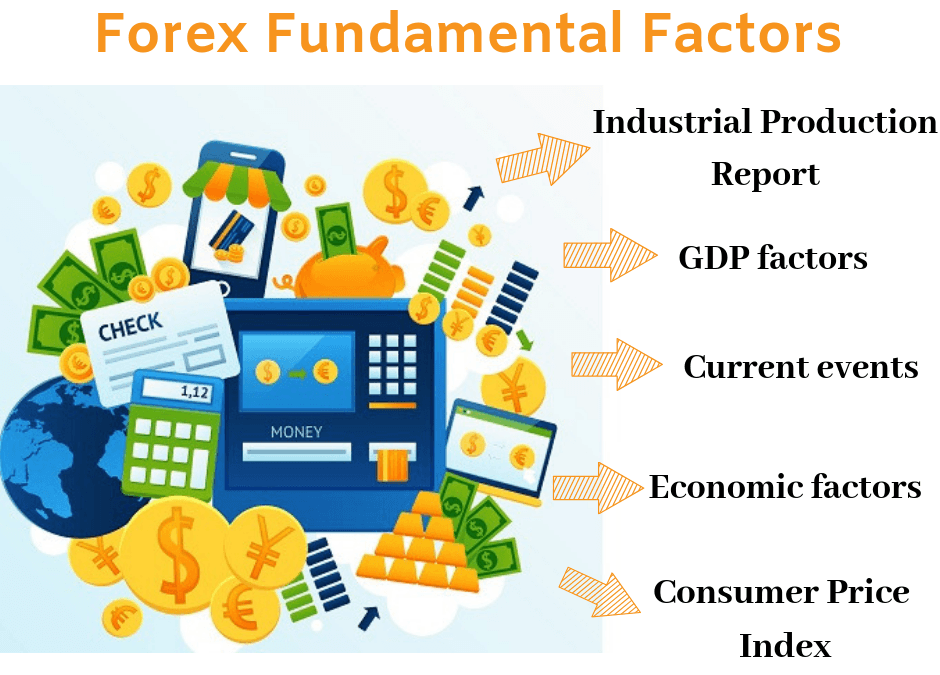 Being the biggest trading market in the world, Forex is being affected by many factors. It is important to understand each one of the fundamental factors of Forex that cause fluctuations in foreign exchange from day today. These are also explained in the trading courses for beginners.

Current events and state of the economy are major economic indicators that are used when analyzing forex. Factors such as unemployment numbers, housing statistics and the current state of the country government can lead to changes in forex. Whenever a nation is feeling positive about the current state of affairs in their country, prices of forex are going to reflect this positivity. Similarly, when the nation is experiencing political unrest, large amounts of unemployed workers and inflation, the rate of currency will again be reflected. This indicator serves as an important gauge in determining the fluctuations of the forex.

The next important factor in our list is gross domestic product or GDP. It is considered as the widest and broadest measure of the economy in a given country. The gross domestic product represents the total market value of all goods and services that are normally produced in a country. This is measured in an annual time frame, rather than measuring weekly or monthly. Using a larger time period gives better statistics of the products and services produced in the nation. It is important to note here there that GDP is never used solitarily for forecasting forex. It is an indicator of lag which denotes that the factor is a measurable value changing as soon as the economy as began to follow into a certain trend.

Another economic indicator reliable in the world of the foreign currency exchange market is the industrial production report. This analytical report displays the fluctuation in productions among various industries such as factories, and utilities. The report throws light at real production in relation to the maximum production capacity potential over a given period of time. When a country is producing at a maximum capacity range, it positively influences the Forex and is that time is thus, considered ideal for traders.

The CPI or consumer price index is another very critical economic indicator in analyzing the Forex market and its trends. The CPI is the measure of the change in the prices of consumer goods in approx. 200 categories. This report tells us whether or not a country is making or losing money in the ongoing business of their products and services. The exports that a country possesses are very important when looking at this indicator because the number of exports can truly reflect a currency’s flaws or its power. This is also true when you are learning the forex mentorship by undergoing various forex trading training programs.

In the end, it should always be kept in mind that forex is influenced by many economic factors. These fundamental factors of Forex once understood, are simple to follow and apply. Most of them follow a certain trend and understanding the work of each factor is vitally important in understanding the trends of the foreign exchange market. Some are good indicators when used alone while others should be used in conjugation with some more indicators to carry out a successful and effective prediction of the forex market.