What are Forex Trading Fundamentals?

What exactly are Forex Trading Fundamentals?

Important financial or economic news is thrown at us every day.
Fundamental announcements are a very important factor when trading at the Forex market.
Basically when trading at any market. Fundamentals could cause a movement in the market in a shorter timeframe. Take the Brexit for example.

We focus on one economy versus the other economy.
For example Europe against the USA or Great Britain Against Japan etc.

Let’s take a look at the most important indicators that will have a great impact on the market or certain pairs.
An increased interest rate of a certain country will result in a growth of the value of the currency of that country since investments will rise due to a higher interest rate.

A lower interest rate will result in a weaker currency since there will be fewer investments due to the lower rate of return.
This production data is a strong indicator for the industrialized countries.

GDP (Gross domestic product) is more of a lagging indicator, but obviously a higher GDP encourages Bullish price. And the lower the GDP, the more Bearish.
This is also how a good Forex trader starts the day. First, you look at the economic news and how it can have any effect on the pairs you want to trade. 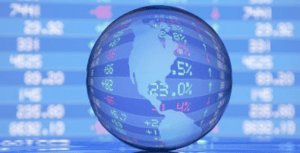